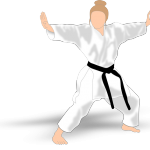 As an industry we need more information security defenders to play the role of the blueteam in the Enterprise. All too often the IT Team receive a pentest report with a list of red criticals and are immediately overwhelmed with issues to fix. Whilst an organization has regular pentests it has the danger of lulling itself into a feeling of ‘doing the right thing’ however if all they are doing is getting a pentest and not re-mediating the issues then its a waste of time and money. This is a pessimistic view however it is usually the case that more vulnerabilities are released that the IT know what to do with. The IT team tend to either not have enough resource or they don’t have the skills to fix the issues, usually the first being being the case. Penetration testing needs to be more than just a test, it needs to be a more proactive engagement with after test help and support for the enterprise should they need it.

Its easy to criticise the IT department. As Information Security Professionals, we are doped daily with the next new exploit or zero day from the various blogs and podcasts that we listen to. This isn’t a small IT departments main concern or top of their list of to do tasks when they arrive at work, (although it could be argued it should be, with a little more security awareness training). The IT team tend to prioritise keeping those critical business apps or switches up and running (I’ve been that person).

As Information Security Professionals we need to be more involved in fixing and explaining the risks and supporting organisations so that they are better equipped to defend themselves.

The next new shiny security toy in the enterprise may not necessarily be the answer, the existing tools already installed around us could be better used and more creatively used to defend the enterprise.  Getting the latest IDS or implementing the next new NextGen Firewall can tend to be a distraction to getting down to what needs to be done i.e. Getting that MS08-067 patched on that business critical server that’s been there for years or tightening up the existing firewall. Hardening existing systems with group policy, tuning WSUS or SCCM to deploy timely updates and utilising windows logging to alert when a domain admin group is modified for example will generally go far further, and are free.

Hopefully sites like this will help contribute to securing enterprises, and assisting system administrators to better defend their existing environments. Enterprises don’t necessarily need to spend huge amounts of money on new technology, the answer could be in being more creative with what you already have.