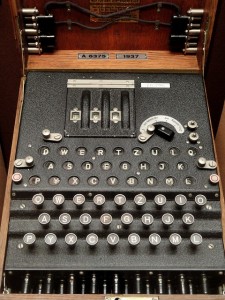 Two types of symmetric encryption techniques that are used are Block and Stream Ciphers, in this post I will cover them both in a high level comparison.

Block ciphers take a section of plaintext (a block) and turns them into block of ciphertext of 64 or 128 bits. The block size is how much data is encrypted in one go.

The output from a block cipher is usually larger than the input data, due to the ciphertext being a multiple of the orginal block size.

Stream ciphers encrypt plaintext one byte or one bit at a time, as opposed to a block of data at a time  as with a block cipher. With a stream cipher, the conversion of these smaller plaintext sections of data can vary, depending on when they are viewed during the encryption process. Stream ciphers can be much faster than block ciphers, and usually do not increase the message size, because they can encrypt an any specific number of bits.

Stream ciphers include RC4 (and the RC series) ciphers. DES can also be used in stream cipher mode.